100% No Win, No Fee Claims
Pay Nothing if you lose, No financial risk to you

Welcome to our guide on claiming for death by careless driving. Although there are fewer casualties on UK roads now than in 1979, there are still accidents on the road each year in which people sadly lose their lives. If you have suffered the loss of a family member or a loved one to dangerous driving, then you could be entitled to make a claim for compensation. 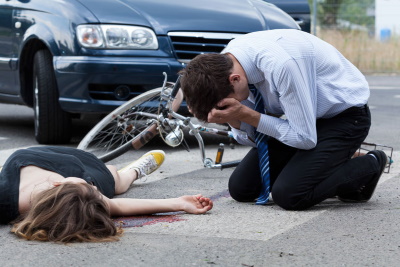 We have written this page to inform people in your situation about making compensation claims for fatal car accidents. We understand that no amount of compensation can undo the grief you are feeling at the loss of your loved one. However, the compensation available could help you deal with some aspects of losing a loved one that you may not have anticipated.

There generally is a three-year time limit to start legal proceedings for these kinds of claims. There are some exceptions to this which our team will be happy to go over with you. However, it’s never advised to wait until the last minute to start your claim for compensation. We recommend that you get the process started as soon as possible.

If you would like to find out more about claiming compensation for the death of a loved one in a road traffic accident, we can help. Get in touch with us using our contact form, our pop-up messenger box, or by calling 0161 696 9685.

A Guide On Claiming For A Death By Careless Driving

We know that the experience of losing a family member or loved one as a result of dangerous driving can be extremely difficult. You may be unsure about the process of claiming compensation. If this is the case, we hope that this guide will simplify the claims process and prepare you to start a claim for death caused by dangerous driving.

You may be wondering how much compensation you could be owed in a claim of this kind. If so, you may find our section on calculating compensation for death caused by dangerous driving useful.

Our guide will also look at the kinds of accidents that might result in this type of claim. In addition, we will look at what is classed as dangerous driving. We will look at the different ways a driver can act negligently on the road, such as speeding, driving under the influence and driving while distracted.

Finally, we will look at what No Win No Fee agreements are and how one might help you in seeking legal representation for your claim. We will summarise by providing you with some external resources and answering some commonly asked questions about fatal accident claims.

Calculate Compensation For A Death By Careless Driving

Compensation for the death of a loved one will reflect the degree of pain and suffering the victim experienced before their death. For instance, a case where the injured person passes away quickly with limited awareness will usually attract a lower award than one in which the injured person is aware of their injuries and experiences a longer period of suffering.

Below, we have included a table containing guideline compensation amounts from the Judicial College for a range of different injuries. Some websites offer personal injury compensation calculators. However, these often fail to collect the information needed to give an accurate valuation of the claim. This is why we encourage you to get in touch with our team. They will be happy to give you an estimation of how much your claim could be worth.

Types Of Damages Awarded For Fatal Accidents And Injuries

When you receive a compensation payment for death caused by dangerous driving, it will cover a number of different factors. For instance, as we have already touched upon, you could receive compensation for the pain and suffering that your loved one experienced before they passed away.

The process of working out damages following a fatal accident can be daunting. We would recommend that you get in touch with our team to see how much you could be owed.

What Is A Death By Careless Driving?

If your loved one has been killed because of the careless driving of another road user, then you could be entitled to claim compensation from the at-fault party’s insurance. As we’ve already touched upon, this compensation could cover you for the pain and suffering of the victim. Your own mental state in the aftermath of the accident and any funeral expenses you have had to pay will be taken into consideration, too.

When a driver causes death by dangerous driving, it means that their driving was so bad that it created a clear risk of danger. The level of responsibility for careless driving can vary greatly, however. Careless driving can be something as seemingly innocuous as turning on the radio.

There are many different ways in which a person could be considered to be driving carelessly. Each of these poses a risk of causing a fatal accident on the road. Some examples of carelessness while driving include:

In 2019, there were 1,421 fatal accidents with a contributory factor assigned on roads in Great Britain. Of these, 215 (or 15%) were caused, at least in part, by a driver exceeding the speed limit.

Drivers are expected to adhere to the speed limit of the road they are on. This is outlined in the Highway Code. The national speed limit of 30mph applies to all single and dual carriageways with street lights at the side. This applies unless there are signs to indicate otherwise.

If your loved one has been killed on the road by a driver exceeding the speed limit, you may be able to claim. Get in touch with our team today for more information.

Careless Driving Through Drink Or Drugs

It is against the law to drive while under the influence of alcohol or drugs. These can be illegal drugs such as cannabis and cocaine. It may also include some prescription drugs that impair your ability to drive, like strong painkillers such as codeine.

If you are prescribed medication by your doctor, you should speak to them and see whether your ability to drive will be affected by it. Never drive if you are under the influence of alcohol or illegal drugs.

This is because the effects of being intoxicated or high on drugs can impair the ability to drive safely. Driving under the influence could result in a fine, suspension of a driver’s licence, or arrest. If someone has caused the death of your loved one through careless driving while under the influence of drugs or alcohol, you could claim compensation.

Accidents Caused By Texting Whilst Driving

It is unlawful to use a mobile phone while driving for anything other than calling 999 or 112 in an emergency when it’s unsafe or not practical to stop. This could cause a distraction that stops a driver from paying attention to the road around them. In turn, this could result in a road traffic accident.

If your loved one was killed while driving at work or in a work vehicle, their employer could be liable. This would be the case if the accident was caused by the employer providing them with a faulty vehicle. It may also be because the employer did not provide them with the training they required in order to be able to drive the vehicle safely.

The use of vehicles while working would fall under their responsibilities under the Health And Safety At Work Act 1974. This act states that it’s an employer’s responsibility to take all reasonably practicable steps to ensure the safety of their employees. They should do this by ensuring that all equipment and vehicles provided to the employees are safe to use and well-maintained. Failure to do so, resulting in a fatal car accident, could result in a compensation claim against the employer.

Am I Able To Claim For The Death Of A Loved One?

You may also be able to claim compensation if you were not financially dependent on the deceased person, but nevertheless had a close relationship that caused you to be bereaved following their death. This, again, will most often include the deceased person’s spouse or children. It may also include other members of the deceased persons’ nuclear family. Their entitlement to compensation would be on the basis of the distress and grief caused by sudden and unexpected bereavement.

Compensation for a fatal road traffic accident could also be claimed by the estate of the deceased person. Executors of the estate could claim compensation which can then be added to the estate or used to pay off debts.

Making a claim following a fatal accident can be an upsetting and distressing time. As a result, you may want to have a personal injury solicitor to help you process your claim, although this isn’t a legal requirement.

The only time you will be asked to cover your solicitor’s costs is if your claim succeeds. In this event, a small success fee would be deducted from your compensation amount. This is agreed upon beforehand and legally capped. As a result, you will always receive the majority of the compensation awarded to you.

Speak To Our Specialist Team

If you would like to know more about making a claim for compensation following a fatal accident that caused the death of a loved one, we could help. Simply get in touch with our team today for free legal advice on claiming. If they feel your claim has a good chance of success, they may be able to connect you with a personal injury lawyer from our panel.

How to prove your car accident injuries

In 2019, there were 1,421 fatal accidents in which a police officer attended the scene and a contributory factor was reported. This is according to statistics released by the Department of Transport.

Of these, 391 or 28% involved injudicious action. This includes exceeding the speed limit, which was a contributory factor in 215 accidents. Disobeying “give way” or stop signs contributed to 20 fatal accidents.

There were 373 accidents that were contributed to by impairment or distraction, including 117 instances where a driver or rider was impaired by drugs.

What is the penalty for death by careless driving?

What is the sentence for death by dangerous driving in the UK?

Is death by careless driving a criminal conviction?

Yes. Causing death or serious injury by careless or dangerous driving is an offence according to the Road Traffic Act 1988.

What is the difference between death by dangerous driving and death by careless driving?

Dangerous driving is where the standard of driving is so bad that it creates an obvious risk of danger. In careless driving, the level of blame can vary greatly from driving that is on the brink of being dangerous to a momentary lapse of judgement.

Thank you for reading our guide on claiming compensation for death by careless driving.